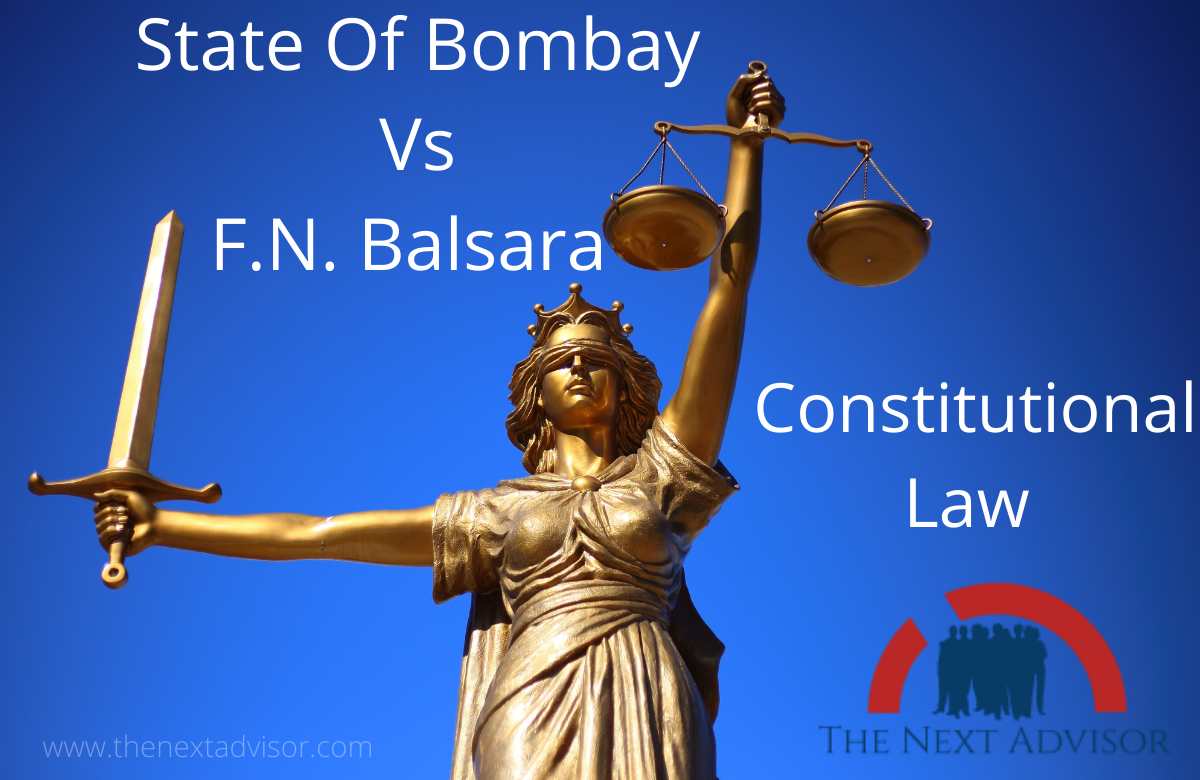 In the State Of Bombay Vs F.N. Balsara case, it has been considered as to whether under the Prohibition Act, the keeping of alcohol mixed medicines, and toilet goods their selling and buying, and using can be prohibited or not.

Facts of the State Of Bombay Vs F.N. Balsara case:-

Balsara, showing himself as a citizen of India, presented a Petition in the Bombay High Court, requesting the passing of an order forbidding the State and Prohibition Commissioner from enforcing the provision of the Bombay Prohibition Act, 1949 against him and also from passing orders to the effect.

That Balsara should be given assent to use his right to keep Whiskey, Brandy, Wine, Beer, Wine mixed with medicine U.D. Colon etc., and to use them and also to import and export them within the customs limits. That the government may not obstruct under the Prohibition Act in the use of his personal right and may not take any action against him. The Petitioner also requested for passing similar orders under the Specific Relief Act.

The Supreme Court held that if any Act passed by the State Legislature, prohibits or controls the export of the things mentioned in Entry 27 or 29 of List (II) outside the boundaries of the State, then the Act is illegal, but that Act has been passed on the basis of the Entry 31 of the List, Section 297(1) (a), therefore, does not apply to it. The exemption allowed to the soldiers of the Army, the messes of the Land Forces, and Water Ships can, therefore, not be declared illegal under Section 37.

The Supreme Court, therefore, declared as illegal those provisions of the Bombay Prohibition Act which were regarding keeping an alcohol- mixed medicines, toilets goods, selling and buying them and also using them, etc., and the rest of the provisions were declared legal. It was also decided that an Act, by declaring certain provisions thereof as illegal, cannot be wholly declared as illegal. Appeal No. 182 was sufficiently admitted while Appeal No. 183 was rejected.

Principle of Law Laid Down:- If the State Government has enacted an Act on the subject on which it is constitutionally empowered to make it, the Act is legal.