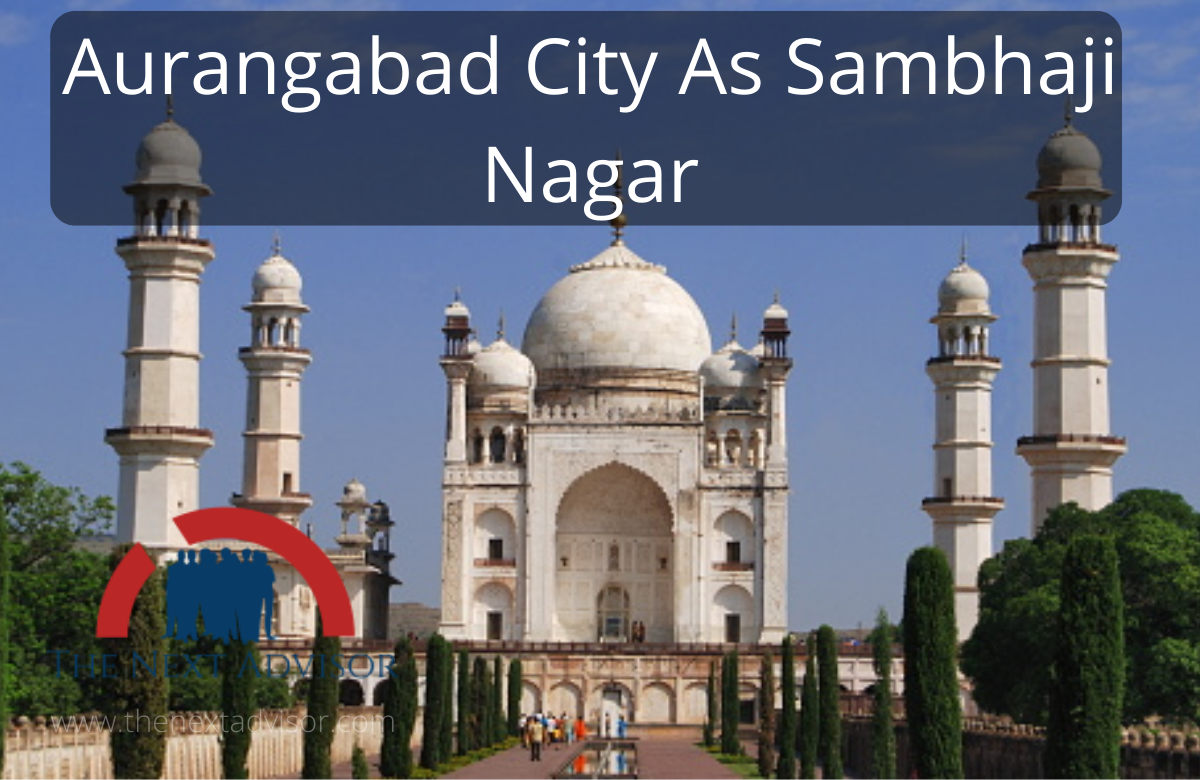 Uddhav Thackery resigned as Chief Minister of Maharashtra. But before it, Uddhav Thackery took a big decision. He changed the name of two cities in Maharashtra. One is Aurangabad. Aurangabad City As Sambhaji Nagar . You would know that there was a discussion going on for a long time about Aurangabad that Aurangabad’s name is going to be or should be Sambhajinagar very soon.

Such discussions had been going on for many years.In fact Balasaheb Thackeray has been the Supreme of Shiv Sena. He had already said years ago that Aurangabad is going to be named Sambhajinagar, so finally, Uddhav Thackeray changed its name before signing up. And the other one is Osmanabad.

In what could turn out to be its last major decision, the Uddhav Thackeray Cabinet on Wednesday ( June 29 ) evening approved the renaming of Aurangabad City As Sambhaji Nagar and Osmanabad city – which is named after the last ruler of Hyderabad, Mir Osman Ali Khan – as Dharashiv.

WHY THE CITIES HAVE BEEN RENAMED?

The renaming is an effort by the Shiv Sena to burnish its Hindutva credentials ahead of the likely collapse of the 31 – month – old Maha Vikas Aghadi ( MVA ) government following the floor test scheduled for June 29. The opposition BJP has repeatedly mocked the Sena for not sticking to its promise to rename Aurangabad in particular, under pressure from its secular allies NCP and Congress.

The Sena rebels led by Eknath Shinde have over the past week openly questioned the Uddhav Thackeray-led Shiv Sena’s commitment to Hindutva, and Alleged that the party of Balasaheb Thackeray is gradually surrendering its core ideology at the behest of the NCP and Congress.

BUT WHY AURANGABAD SPECIFICALLY? Aurangabad City As Sambhaji Nagar

Aurangabad was founded in 1610 by Malik Ambar, the Siddi general of the Nizamshahi dynasty of Ahmadnagar. The city was named Khirki or Khadki at the time, and its name was changed to Fatehpur by Malik Ambar’s son Fateh Khan following Malik Ambar’s death in 1626.

In 1653, the Mughal Emperor Aurangzeb invaded the Deccan and set up his capital in the city, which he renamed Aurangabad. The city has borne the association of its name with Aurangzeb ever since. Chhatrapati Sambhaji Maharaj, the son, and successor of Chhatrapati Shivaji Maharaj were tortured and killed in brutal fashion on Aurangzeb’s orders in 1689.

In the late 1980s, Aurangabad became one of the first major cities outside the Mumbai – Thane belt that the Shiv Sena set its eyes on. The city’s 30 % Muslim population made it fertile ground for polarisation. Following communal riots that led to the killing of over 25 people, in 1988, the Sena won elections to the Aurangabad Municipal Corporation.

On May 8, 1988, Sena supremo Balasaheb Thackeray announced the renaming of the city to Sambhaji Nagar after Sambhaji Maharaj. In 1995, the Aurangabad Corporation passed a resolution to do so, and the then Sena – led government in the state issued a notification seeking suggestions and objections from people on this.

WHAT HAPPENED AFTER THAT?

The notification was challenged in the High Court by then AMC corporate Mushtaq Ahmed, who belonged to the Congress. While the plea was dismissed by the court stating that no decision had been taken, the renaming remained a contentious issue that resurfaced periodically. With the Shiv Sena in power, both the BJP and Raj Thackeray’s Maharashtra Navnirman Sena ( MNS ) have over the past two years criticized the party for failing to follow through on Balasaheb’s promise.

The Sena’s MVA allies, Congress and the NCP, have not been keen on the renaming. In March 2020, as a placatory gesture, the MVA government cleared a proposal to rename Aurangabad airport as Chhatrapati Sambhaji Maharaj Airport. However, this has not yet gotten the go-ahead from the Centre. The Sena has been using Sambhaji Nagar instead of Aurangabad in its political rhetoric and in the party newspaper Saamna, but the actual changing of the city’s name could never be done.

Osmanabad, named after Hyderabad’s last ruler Mir Osman Ali Khan, derives its new name, Dharashiv, from sixth-century caves near the city. The dharashiv caves are situated 8 km away from Osmanabad city in Balaghat Mountains. There is a total of 7 caves in the Balaghat Mountain lane.

These caves were originally Buddhist but were later converted into monuments of the Jain religion and fresh caves were also excavated nearby. Recently in 1996 with help of the World Bank few parts of the cave have been repaired.

Q. Which among the following statements are correct regarding the Ajanta painting?

1. Most of these paintings were done in the light of torches.

2. The name of the artist is imprinted in these paintings.

D ) None of the above