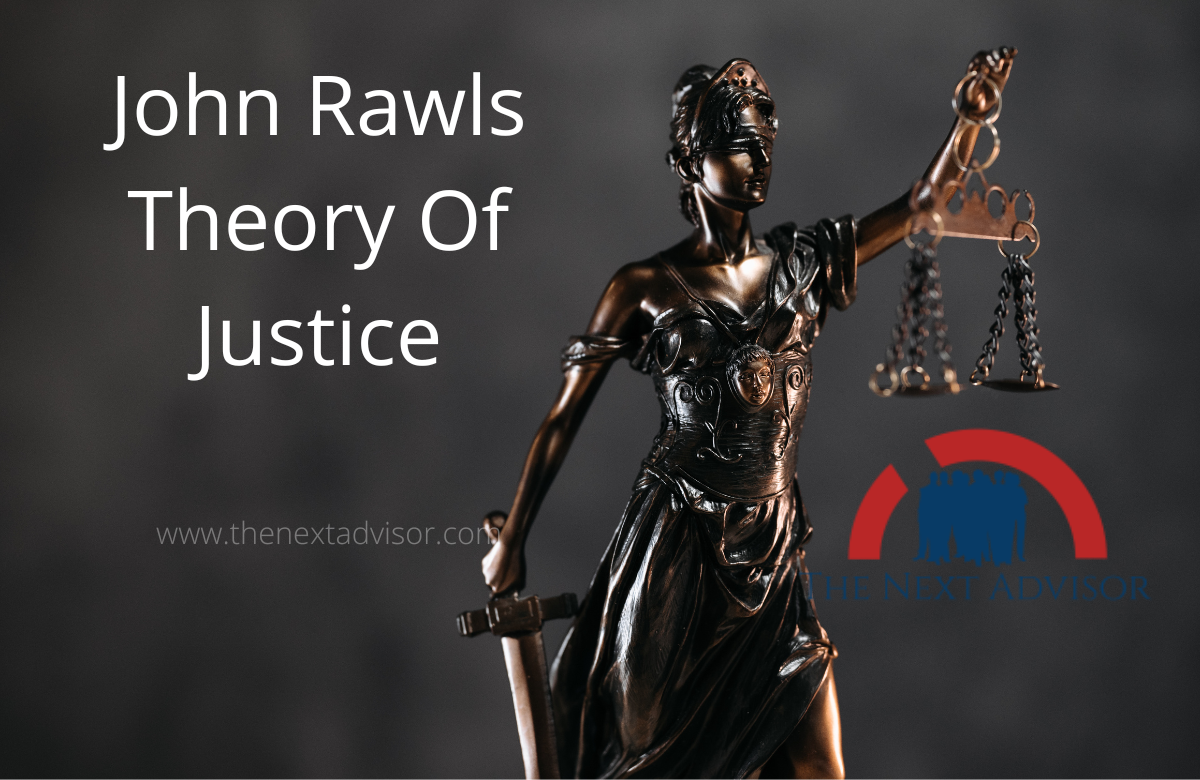 Published in 1971, ‘ A Theory of Justice ‘ is a work on ethical values and political philosophy by John Rawls, the philosopher. The book portrays the attempts made by the author to represent an alternative moral theory to utilitarianism as well as discusses the major challenges and problems of distributive justice. In this book, John Rawls has presented that his theory of justice is strictly political justice as opposed to the other forms of justice and disciplines.

In his book, A Theory of Justice, John Rawls brings forth the argument in favor of a principled reconciliation of liberty and equality, which is meant to be the governing force behind the basic structure of an orderly society. This argument is backed by inspiration taken from David Hume. Additionally, John Rawls also believed in the concept of justice as fairness. That means every person should be treated with fairness and recommends equal basic liberties, equal opportunities to similar individuals, and offering the highest possible benefits to the less advantaged members of society .

This theory of justice, as believed by Rawls, helps in the functioning of a just society John Rawls also adds that the modern-day society should be structured well enough that the people are able to enjoy the maximum possible liberty keeping in mind that an individual’s liberty does not harm the liberty or wellbeing of other members of society .

Also, certain inequalities are to be allowed in society if their absence brings more harm than good. Finally, if there are inequalities such as the aforementioned, less fortunate members of society should not suffer solely for their absence of resources to deal with them, and it must be made sure that it’s not hard for them to occupy a position of power. This is, in a nutshell, John Rawls’s Theory of Justice summary.

After its release, John Rawls ‘ Theory of Justice has received a lot of criticism from fellow philosophers and book reviewers. Various philosophers who are advocates of the theory of strict equality criticized the book by saying that certain inequalities that are to be permitted in the eyes of John Rawls are unacceptable even if they did benefit the least advantaged members of society.

They also argued that this approach of allowing certain inequalities upsets the balance of a well-structured society that Rawls spoke about in his book. Lastly, as Rawls primarily used utilitarianism as the main theory for comparing his own theory, philosophers criticized the book for not portraying maximum utility. They protested against the portrayal of the Difference Principle.

• It is within this structure that member citizens devise principles of justice in the original position regarding the distribution of primary goods. This requires rational and reasonable citizens to apply the method of reflective equilibrium. This requires our considered judgments with a solid ground of thinking to come up with more general principles. In moral argument, we seek a reflective equilibrium – a position in which our considered particular judgments that we want to affirm can be derived from general principles we find intuitively attractive, and the entire set is internally consistent.

2. Veil of Ignorance. The veil of ignorance prevents the interference of arbitrary and irrelevant facts in the determination of principles of justice. Each representative in the original position is therefore deprived of knowledge of the race, class, and gender of the real city that they represent. In fact, the veil of ignorance deprives the parties of all facts about citizens that are irrelevant to the choice of principles of justice: not only facts about their race, class, and gender but also facts about their age, natural endowments, and more. However, they do have a general sense of justice and the situation prevalent in society.

The conception of a Just Society :

After agreeing to the 2 principles of Justice, the citizens also agree to the principle of just savings to regulate how much each generation must save for future generations. Since the parties do not know which era the citizens they represent live in, it is rational for them to choose a savings principle that is fair to all generations.

In the second stage of the original position, the parties are given more information about society’s political culture and economic development, and take on the task of crafting a constitution that realizes the two principles of justice.

In the third stage, the parties leam still more about the details of the society and agree to specific legislation that realizes the two principles within the constitutional framework decided in the second stage.

In the fourth stage, the parties have full information about the society, and reason as judges and administrators to apply the previously – agreed legislation to particular cases.

• The idea of Justice as fairness acquires concrete form in the two general principles given in lexical priority :

1 . First Principle: Each person has the same indefeasible claim to a fully adequate scheme of equal basic liberties, which scheme is compatible with the same scheme of liberties for all

They are to be attached to offices and positions open to all under conditions of fair equality of opportunity.

The equal opportunity principle requires that citizens with the same talents and willingness to use them have the same educational and economic opportunities regardless of whether they were born rich or poor. The difference principle allows inequalities of wealth and income, so long as these will be to everyone’s advantage, and specifically to the advantage of those who will be worst off.