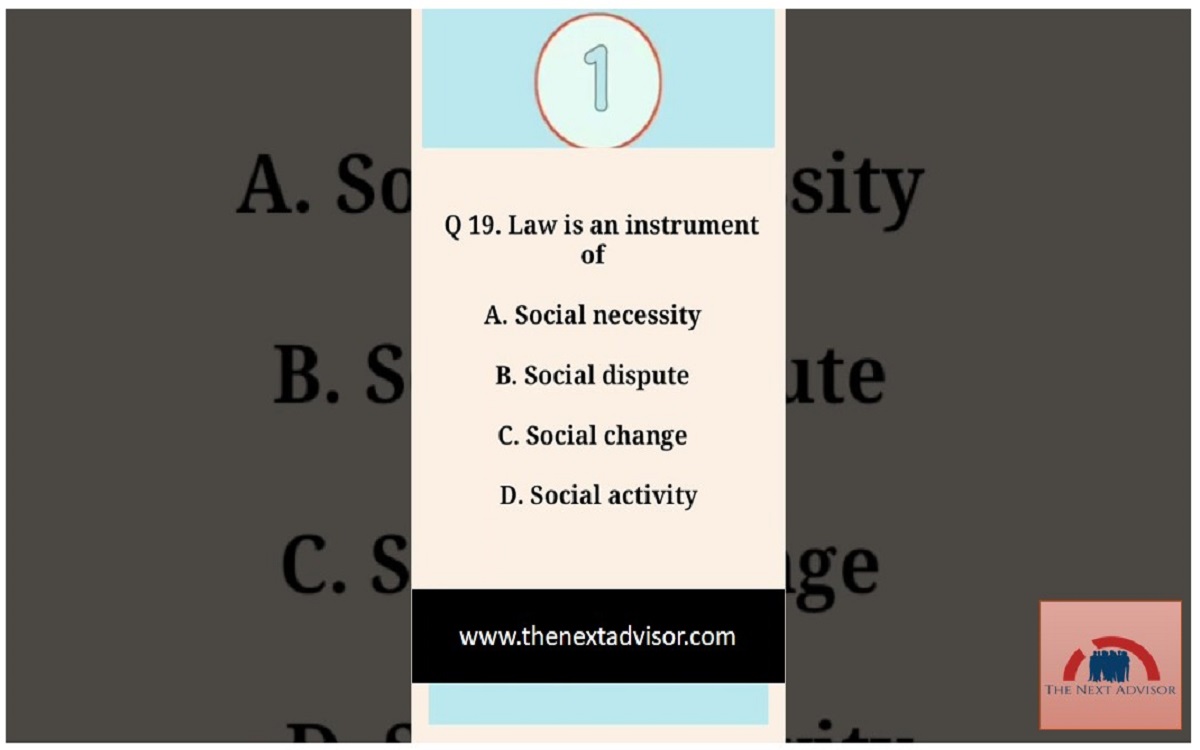 Introduction of Law As An Instrument Of Social Change –

For decades now law and society theorists have been preoccupied with attempts to exp; on the relationship between legal and social change in the context of sevelopmentonthe of legal institutions. They viewed the law, not as an independent and dependent variable in society and emphasized the interdependence of law with another social system. In its most concrete sense, Law As An Instrument Of Social Change means large ni,bers of people are engaging in group activities and relationships that are different from those in which they or their parents engaged previously.

Elements of social change can be separated as follows:

Law as a means of social control –

Twofold objectives of the law are to serve serveis, firstly, to keep up stability and afford orderly life in the society. Secondly, sources persudpursue social change by changing themselves according to the needs of the changing society. Thus the law is an important agency of social control. Society supervenes the law for bettermost socialization. Rule of law in any constitution is the bedrock of democracy. By putting fear in the minds of the public the law is a helpful agency for social content.

Law regulates the behavior of the people in society .people Law by using sources. The constitution of India, criminal, and civil laws, and other statutes are designed to surmount this goal. For this, we will have to cite an example from the history of India. When mahatma Phil’s wife Savitribai Phule started teaching in a school aimed only at girls it was considered taboo. Something was not good and would be affecting society but this movement gradually became the law where the girls could study and started to send girls to school this of the beginning of the development of society.

Ultimately the girls got positive into colleges also. This had some seats for female students studying, finally, the Aligarh Muslim College also had some seats for female students studying. But no dough the lamp was lighted by the Phule couple. These are the social changes in the law, but per its need, rather demands. Whereas the law plays an important role in changing society too.

With changes in the law of nature, what is today shall be different from what it would be tomorrow? The social structure is subject to incessant change society is an ever-changing phenomenon, growing, decaying, renewing, and accommodating itself to changing conditions over some time.